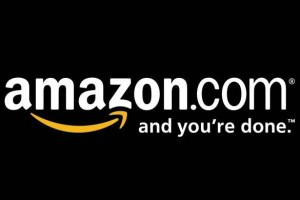 Amazon continues to run circles around its retail counterparts, and today they took that one step further. In a letter from Jeff Bezos on the E-Commerce giant’s homepage, the CEO announced a program will pre-pay 95% of training for their most dedicated employees in valuable fields — even if it means that they will use that training to pursue a job elsewhere.

Amazon has already made countless innovations in the retail industry, recently taking on brick and mortar stores by putting price-checking apps on customer smartphones. On the employee side of things, Amazon has implemented programs that benefit military veterans immensely as they seek to find a civilian job.

All of these moves may be seen as bold, risky, or both, and I would argue that few other companies would voluntarily announce such programs — especially when most people aren’t even asking for them in the first place. The truth is, however, that Amazon seems to be less concerned with pleasing investors (or their bottom line), and more interested in building a sense of community, employee well-being, and social trust. At the same time, the company is building a preemptive defense against any accusations of corporate greed.

Jeff Bezos has done earth-shaking things with Amazon, and it will be cool to see how the company continues to “pioneer” and “invent” in the face of its competition — and continue to evolve the state of the internet as we know it.

At Amazon, we like to pioneer, we like to invent, and we’re not willing to do things the normal way if we can figure out a better way.

Our bias for reinvention extends into our recruiting teams. For most of the year, our full-time fulfillment center employees can keep up with customer demand. But during the holiday gift-giving season, our peak needs temporarily double, and we employ many more people. Our seasonal recruiting program called CamperForce — where RVers combine work with camping — has been very successful and much written about in the media. And our military veteran recruiting program effectively helps vets transition into the civilian workforce. Amazon was recently named the #1 Top Military Friendly Employer by G.I. Jobs Magazine.

Those are just a few examples, and innovation doesn’t stop. Today, we’re announcing our newest innovation — one we’re especially excited about — the Amazon Career Choice Program.

Many of our fulfillment center employees will choose to build their careers at Amazon. For others, a job at Amazon might be a step towards a career in another field. We want to make it easier for employees to make that choice and pursue their aspirations. It can be difficult in this economy to have the flexibility and financial resources to teach yourself new skills. So, for people who’ve been with us as little as three years, we’re offering to pre-pay 95% of the cost of courses such as aircraft mechanics, computer-aided design, machine tool technologies, medical lab technologies, nursing, and many other fields.

The program is unusual. Unlike traditional tuition reimbursement programs, we exclusively fund education only in areas that are well-paying and in high demand according to sources like the U.S. Bureau of Labor Statistics, and we fund those areas regardless of whether those skills are relevant to a career at Amazon.

Like many of our innovations at Amazon, the Career Choice Program is an experiment. We’re excited about it and hope it will pay big dividends for some of our employees. This is one innovation that we hope other companies in this economy will copy.

Thanks for being a customer,