Burts quest for the perfect potato chip started over 15 years ago with just a single fryer and bags of enthusiasm.

Today, Burts creates hand crafted potato chips made from the finest and freshest natural ingredients from their home in Devon, Britain. With 7 fryers on the team that cater to each chip individually, they are constantly experimenting with new flavors.

As they discovered new flavors you could hear the excitement in their voices, dripping with a British accent and enthusiasm like that of a dedicated athlete who’d just won a championship.

The recipe has been so successful, and the taste so indulging, that their Facebook page has amassed 17,000 fans.

The tricky part was that they wanted to reach these fans in a more “direct” fashion than just a post on the Facebook page. They wanted email addresses to drive engagement and sales of new potato chip releases.

That’s when Dylan, a Heyo customer and Head of Social Media at Burts, turned to the Heyo Sweepstakes Template in an effort to grow Burts email list. With 17,000 fans, Burts was hoping to capture 1,000 emails or so (approximately .6% of his total fans) and drive engagement to grow brand loyalty.

The results stunned everyone. Over 5 days, the campaign attracted 4309 views and 2709 new email leads for Burt’s Potato Chips.

… For those of you doing the math, Dylan was celebrating a Facebook Contest conversion rate of 62.9%.

The success of the Facebook contest was not a mistake or accident.

6 Things Every Facebook Contest Needs to Capture Thousands of Emails 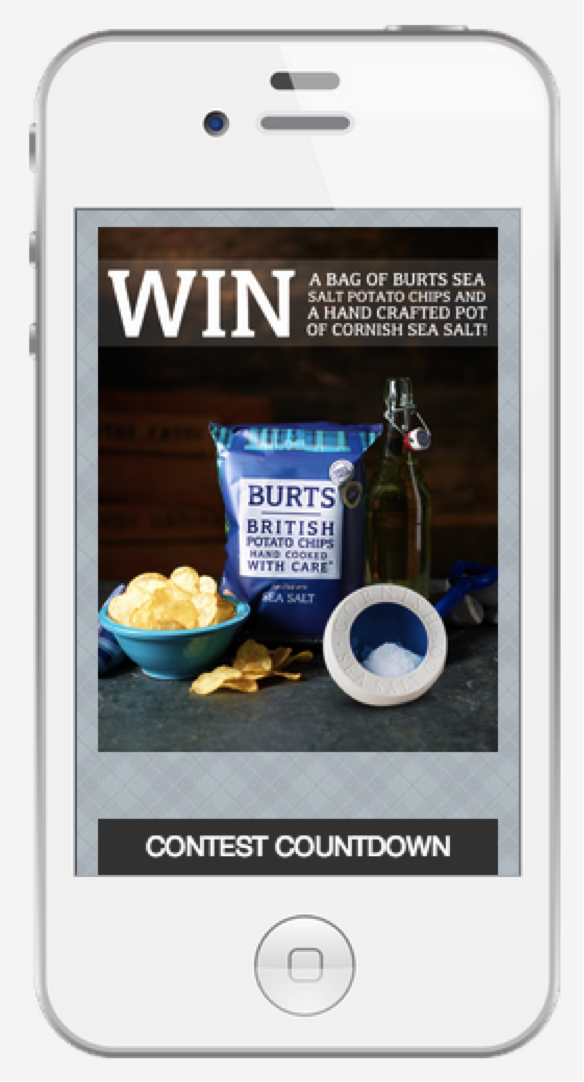 Bonus tip: By asking fans to “like” “share” and “tweet” using Heyo’s Sweepstakes Template, you’ll get free traffic to your Facebook Contest from your fans social networks.  Dylan got 4309 views with no advertising spend. Below, you’ll see 5 out of the 100’s of fans that tweeted the contest, driving free exposure and new emails for Burts’. 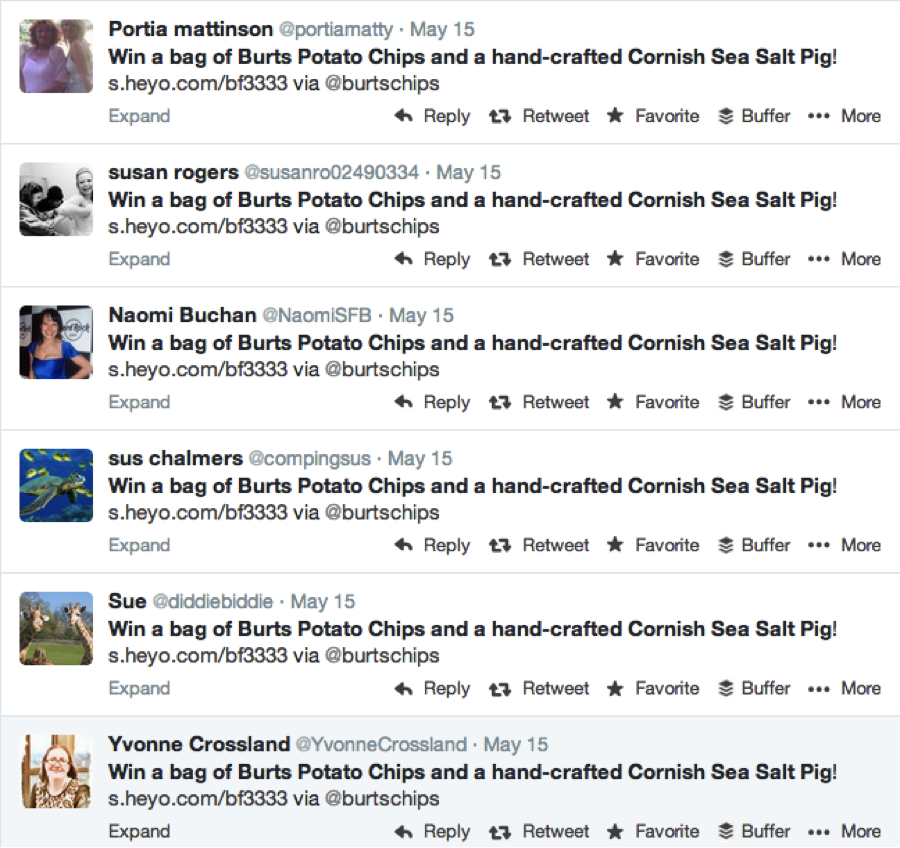 Leveraging Facebook as a key part of your marketing plan doesn’t have to be a mystery. Following the 6-step system above, you’ll be well positioned to capture thousands of emails just like Burts. Click here to use the same contest template Burts did.