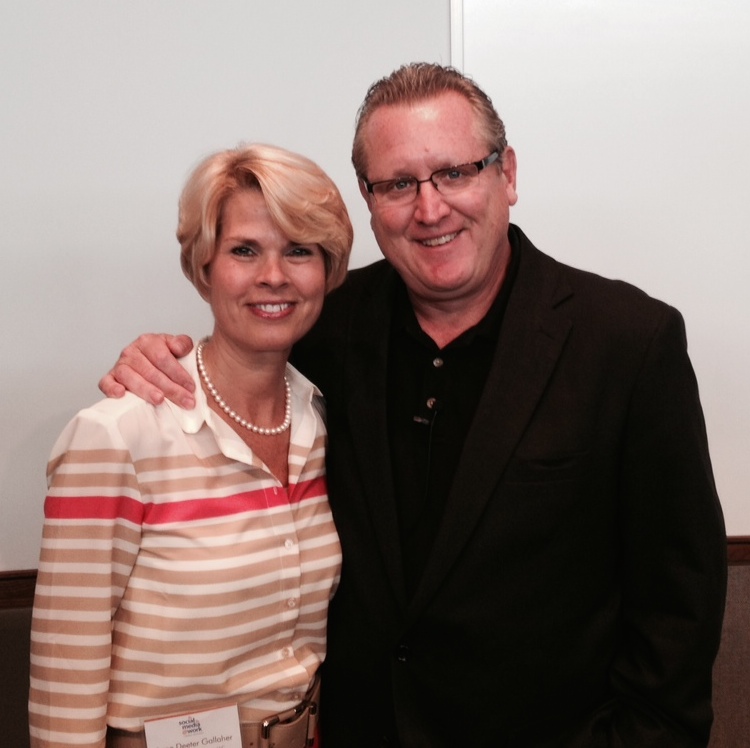 Social Media at Work 2014 kicked off in high gear by Anne Deeter Gallaher! Anne welcomed guests and shared the vision of the Harrisburg Social Media Club: to fill Google with the positive news about Harrisburg as told by the businesses that are driving that news.

The morning keynote was delivered by Mark Schaefer on the The Future of Social Media.

To sum it up quickly for you, the future of social media comes down to culmination of two of the Internet most popular trends: selfies and funny pictures of cats. Watch out, funny cat selfies are next. 🙂

Read on to learn from an expert the four digital revolutions that will help you better understand marketing strategy and what the future holds.

Business priority was to get out there and simply have a presence online.

There is a whole industry built up to trick Google to help you get found, the SEO industry.

Mobile and search has been built up around this digital revolution. If you were first in your space, you’re in good shape. If you’re late to the game you face a challenge finding your place here.

Moving forward and transitioning into the next stage, there is an opportunity to be out in front.

This revolution is creating a crazy amount of data. The amount of data out there is set to increase by 600%, meaning that there is an information density flood coming. The really cool aspect of all of this data is that 75% is user generated. It is coming from people like you and me.

Volume is increasing, but consumption is increasing as well. This can be tempting fact for marketers. Through marketing history, marketers have always assumed that people have consumed content and will always consume more.

“People don’t buy from a website. They buy from people. Let them see who you are.” @markwschaefer #SMatWork14

How long can this trend of increasing content consumption in a space where the total volume of content is exponentially increasing really last?

If people are already consuming 10 hours of content per day, how long can we go?

When the average person visits Facebook, they can see up to 1,500 stories. Companies are seeing that the organic impressions of their content marketing is going down year after year. This means to break through the mess you need to pay to play. This means Google Ads, Facebook Sponsored Stories, promoted Tweets, etc.

So what can we do to separate ourselves in this space?

There are four different ideas that can help you break through and make connections online.

You don’t have to be the best, you have to be first. You have to find a unsaturated niche and fill it with your content.

As a marketer, think about what defines real success for your efforts? Is it likes? Links? Views? What if it was to control a disproportionate amount of the conversation? That should be the goal.

So find an unsaturated niche, create an aggressive keyword strategy, and keep your content fresh!

If there isn’t time to build an organic presence, perhaps you could piggy back on the platform someone else has built. Strategies include things link sponsored content, news jacking, native advertising, brandscaping, and influence marketing.

Here is an awesome example of brandscaping where two brands share an audience to broadcast their message:

Take away: The ability for people to independently create their own content has make influence an opportunity for everyone.

3. Atomizing Content
If people don’t have time to consume a long piece of content, make it more consumable. Ask yourself “How can we make our content more digestible?”

Develop content that is RITE: Relevant, Interesting, Timely, and Entertaining.

Create content that is exciting. You content needs to move people if it is going to be successful. Try to think like Chipotle and their claymation mini movies:

They have made marketing that is bigger than burritos.

The future doesn’t deliver a list of links, it will simply tell us the answer the question you’re asking. Things like wearables, augmented reality, and filters are going to dominate the future of the web and the future on marketing.

This takes us back to the question of content consumption, how can we pack more content into our daily lives? Enter wearables. Google Glass, etc. The future of the internet is the internet everywhere.

What does the future of marketing look like where there are no more boundaries? No more 30 commercial spots.

Mark thinks this chance is going to be more profound than the internet.